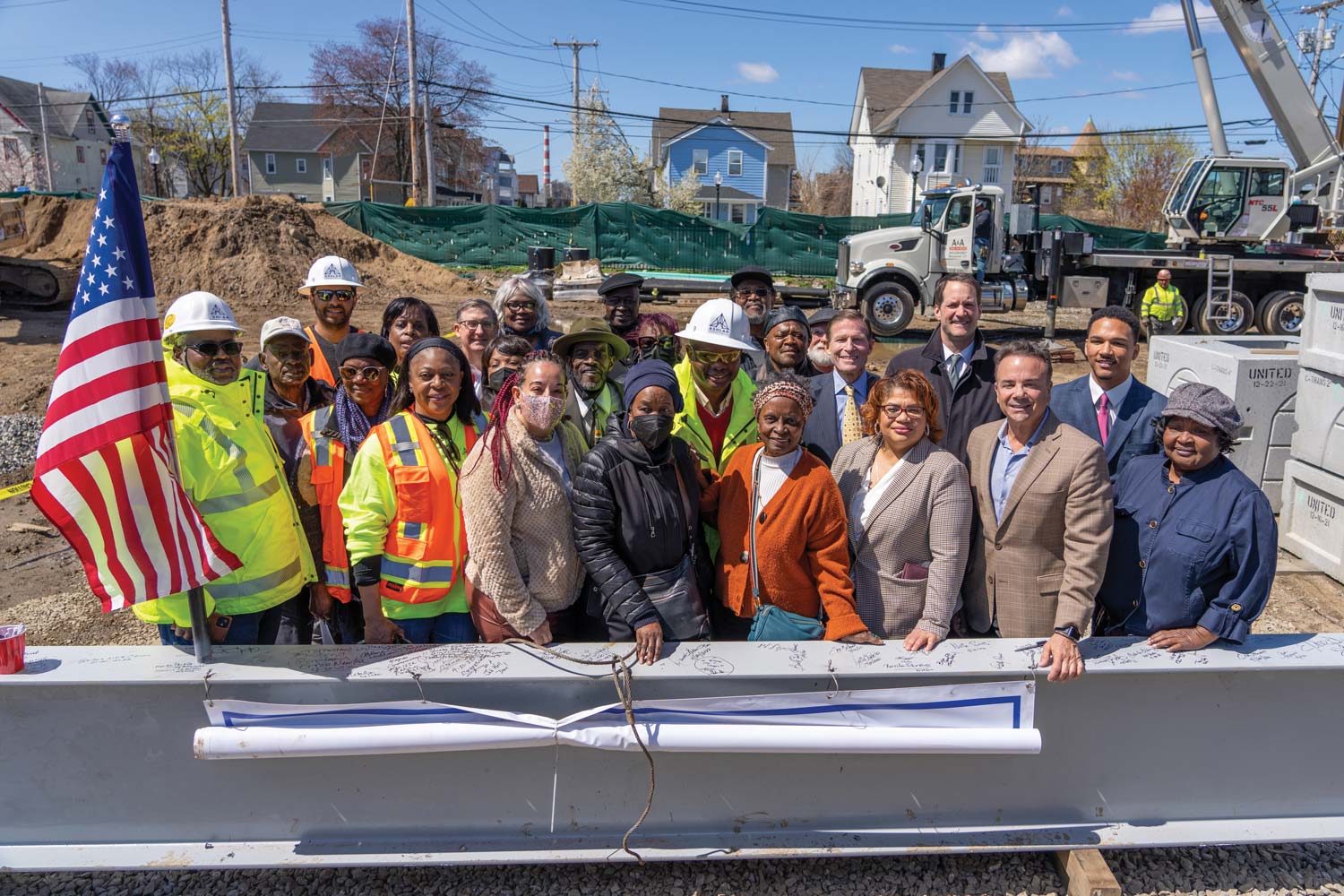 Leviticus has developed a lending program that offers a flexible, targeted approach to the intersection of racial and economic equity. Our EDREE initiative focuses on removing historic and contemporary barriers to capital while providing technical assistance to create pathways for people of color to flourish in the business community.

Real estate development companies headed by racially and ethnically diverse owners face many challenges, particularly at project startup. Whether for-profit or nonprofit, they struggle to access early-stage development financing and working capital necessary to launch new projects or to keep them moving forward.

This lack of capital access can limit opportunities to earn fee and operating revenue, grow the business, hire employees, and build organizational equity and personal net worth. Racially and ethnically diverse developers often lack family or social network connections to open doors to success in the real estate industry.

Compounding these challenges, minority developers may be unable to access financial resources due to low credit scores, lack of liquidity, and undercapitalization. Nearly all these factors have their roots in historic and systemic racism, much of it carried out through federal policies dating back decades.

Through EDREE we seek to bridge these gaps by providing flexible, low-cost loans to racially and ethnically diverse real estate developers in New York, New Jersey, and Connecticut.

We were delighted to close our first EDREE loan in 2021 to develop a new retail plaza in Bridgeport, Connecticut’s East End neighborhood.Ashlar Construction, LLC, received a $2 million subordinate construction loan from the Leviticus Fund to support the Honey Locust Square (HLS) development. The nearly 2.5-acre site will feature a two-building, 10-unit shopping center, and the anchor tenant of HLS will be a full-service grocery store. The center is located in a USDA-designated food desert neighborhood.

The City of Newburgh was settled by refugees from Germany’s Palatine region in 1710. They were fleeing war, famine, and religious persecution. George Washington’s Headquarters was located there from 1782-1783. With a deep-water port on the Hudson River, Newburgh became a city of great prosperity in the 19th century.

But as industry and shipping trade declined, suburban flight and urban renewal took their toll. In 1981, Newburgh topped a federal list of most distressed urban areas in the country.

Lately, Newburgh has seen increased interest by investors, especially since the COVID-19 pandemic. New York City residents are moving north into the Hudson Valley, and as real estate values climb, speculators are buying properties and, in many cases, “warehousing” them for later market rate development that will create few if any housing choices for longtime, low-income residents.

According to Hudson Valley Pattern for Progress’ Annual Regional Housing Market Report, 2020 brought a surge in sales and home prices – as well as a significant decrease in inventory – in Orange and surrounding counties.

One of the most insidious results of housing discrimination is the difficulty some families have had amassing the generational wealth that typically comes with home ownership. From redlining to racist deed covenants, Black families have long faced steep challenges buying and owning a house. In 2019, the homeownership rate among white non-Hispanic Americans was 73.3%, compared to 42.1% among Black Americans.

As housing stock became more scarce, the Newburgh Community Land Bank (NCLB) sought to develop some of its properties to give longtime residents a chance to build wealth and remain in the community where they lived their whole lives.

NCLB secured a $675,000 construction/bridge loan from Leviticus to finance the construction-related expenses of rehabilitating four 2-family homes. This is part of a larger project to provide affordable homeownership opportunities in the City of Newburgh, and specifically to address racial inequity.

The NCLB’s mission is to improve the quality of life in Newburgh by stabilizing and revitalizing abandoned properties, and the Leviticus Fund counts them among several partners in this Hudson River community.

Another nonprofit active in Newburgh is RUPCO, formerly known as the Rural Ulster Preservation Corporation. In partnership with the Land Bank, their East End Phase I project delivered 45 mixed-income apartments in 15 buildings in a 4-block radius within the second largest historic district in New York State. East End Phase II is currently underway with financial support from Leviticus.

Loans and practical advice from Leviticus support the redevelopment work of local organizations like the Land Bank and RUPCO to address the affordable housing gap. And our efforts are informed by research.

Charting a Course for a More Equitable Future

In 2021, the Leviticus Fund delivered a Housing Study to the City of Newburgh. The effort was informed by of dual-language surveys and community listening sessions – which became telephone calls and Zooms during the pandemic.

The lead consultants on the study, Kevin Dwarka LLC and Pace Land Use Law Center, analyzed demographic, housing, and fiscal data that revealed: high housing cost burdens for renters and homeowners; severe racial disparities in homeownership levels; lingering concerns over the age, quality, and occupancy of the housing stock; and worries about rising residential property taxes.

Reflecting input from the community, elected officials and the Newburgh Planning Department, the report provided recommendations for policies that would boost the affordability, accessibility, and quality of the city’s housing inventory and overall economic vitality.

“We are trying to change the look of the city, and we don’t want people to be displaced. There is a lot of work that we will be doing with this great plan provided by the Leviticus Fund, and Kevin Dwarka and his team. I am very proud of this first step of many steps to get this housing work done.”

The Leviticus fund is grateful for a grant from the JP Morgan Chase Foundation to support the cost of the study.

We hope our work in Newburgh will serve as a model for other communities. While commissioned for that city, many of the study’s findings apply across the state. The three pillars of the report – Equity, Livability and Vitality – should be viewed as interlocking housing needs and building blocks for any successful housing policy.

North Broadway Neighborhood: By the Numbers

This 25-block section of downtown Newburgh is one of the most economically challenged areas of the city. A significant number of occupied rental units are in poor condition. This area has the highest percentage of Black and Latino residents in the city.

Stay up to date with news, education, and events!

Proud to be a Member of